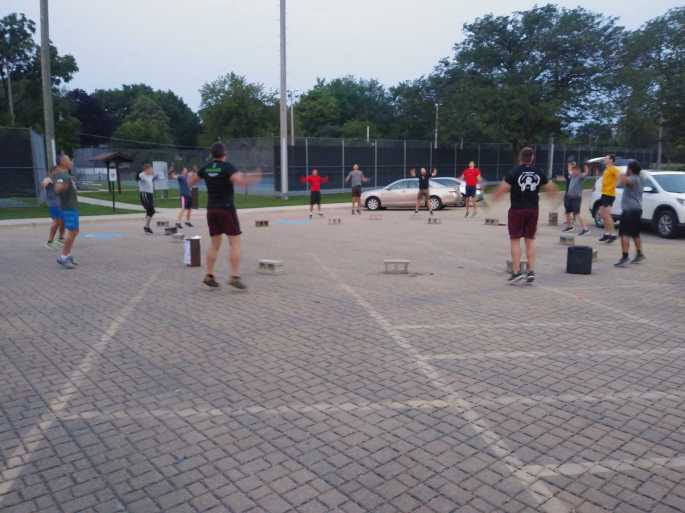 A traditional beatdown, based on a 245 year old tradition called “America”.

Disclaimer: If you eat cinderblock today, that’s on you. I told you not to hold it above your mouth.

Repeat each exercise until they song names the next number.

Comparable to the basketball game HORSE, but on the Monkey Bars. Done to the tune of “My Shot” from Hamilton.

You and a partner spread out around the playground. Weaker PAX issues the first challenge, i.e. “traverse this section of monkey bars backwards without touching the ground.”

If the challenger succeeds and the second pax fails, he gets the letter M, and so on until one pax spells MONK or MONKEY and the game is over. Loser does burpees until the other pax finish.

(Note, we played this game for quite a while, since PAX were evenly matched and the challenges kept coming.)

Once one of each, anytime Julie Andrews says it.

I think She sings these words at least 10 times. Near the end of the song, it got pretty absurd.

HAMILTON 3 – You’ll Be back

Divide into two groups. The “American Colonies” group runs while “The British Empire” group does burpees. It’s up to the revolutionaries to decide if or when they return and let the British stop burpeeing and run. The only required parameter is that the Americans be back before the 3.5 minute song is over.

In a brilliant twist of genius, Benedict Arnold Saga reset the song, thereby giving 1.5 minutes of Burpees to the Americans. This is what games were made for.

Moleskin: Say no to dueling.